The Petersfield Masonic Centre was dedicated 40 years ago today and this was celebrated on Tuesday 2nd October by Lodge of Friendship 928 (see attached photo of WM Simon Baigent cutting the birthday cake). 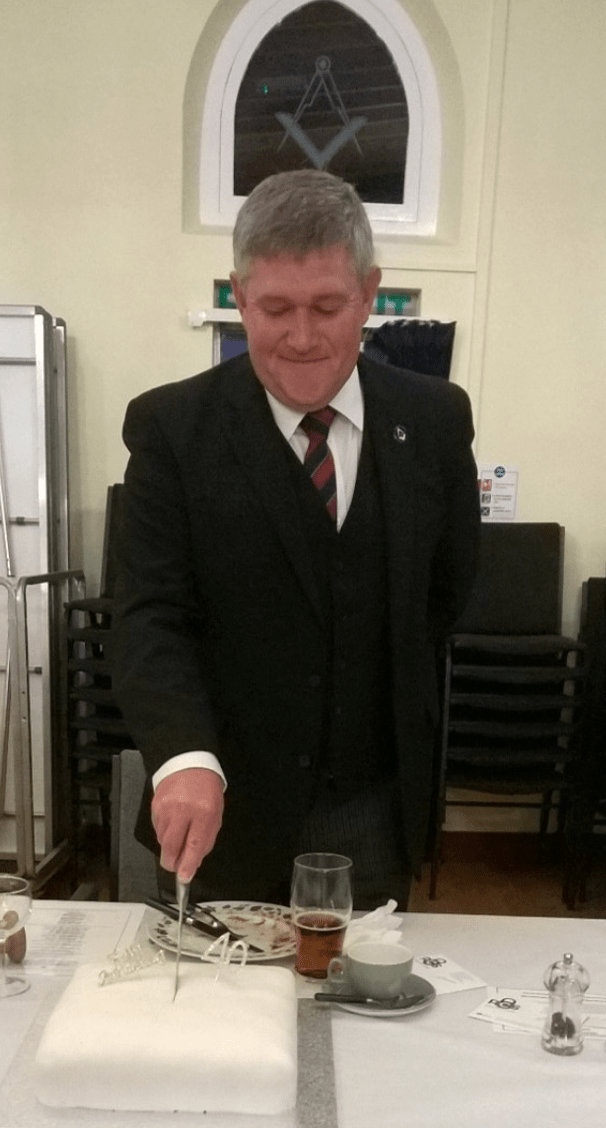 Our masonic history explains that the Lodge of Friendship had met in an upper room in the Hall behind the Red Lion Hotel in College Street prior to 1965, and as the Lodge expanded this building became less attractive. The semi-derelict, Primitive Methodist Chapel and Wartime School in Windsor Road first became available in 1958, but it was not considered suitable to house a Lodge and the owners rented it to the Red Cross for a number of years until it eventually became available to purchase.

Two daughter lodges were formed from Lodge of Friendship – Clanfield Lodge No 8203 was formed in 1967 and initially met in Petersfield, but now meets in Horndean.  Union of Malta Lodge No. 407 moved to Petersfield in 1981 and St Peter’s Lodge No 9182 was founded in 1985.  In 1993 East Hampshire Masters Lodge No. 9513 was consecrated.

Today the Petersfield Masonic Centre is the home of these 4 craft lodges, as well other Orders, which are Knights Templar, 2 Chapters (Petersfield Chapter and William Kingston), a Rose Croix (Durford Abbey) and William of Orange Mark – in all these various units have over 250 Members between them.

#2027FESTIVAL - Get the latest information here!!!!
Head of Hampshire and Isle of Wight Freemasons bows out
Coronavirus Information
Please Click Here
Why not visit our public site at https://hampshirefreemasonry.com
Latest news and updates can be found here