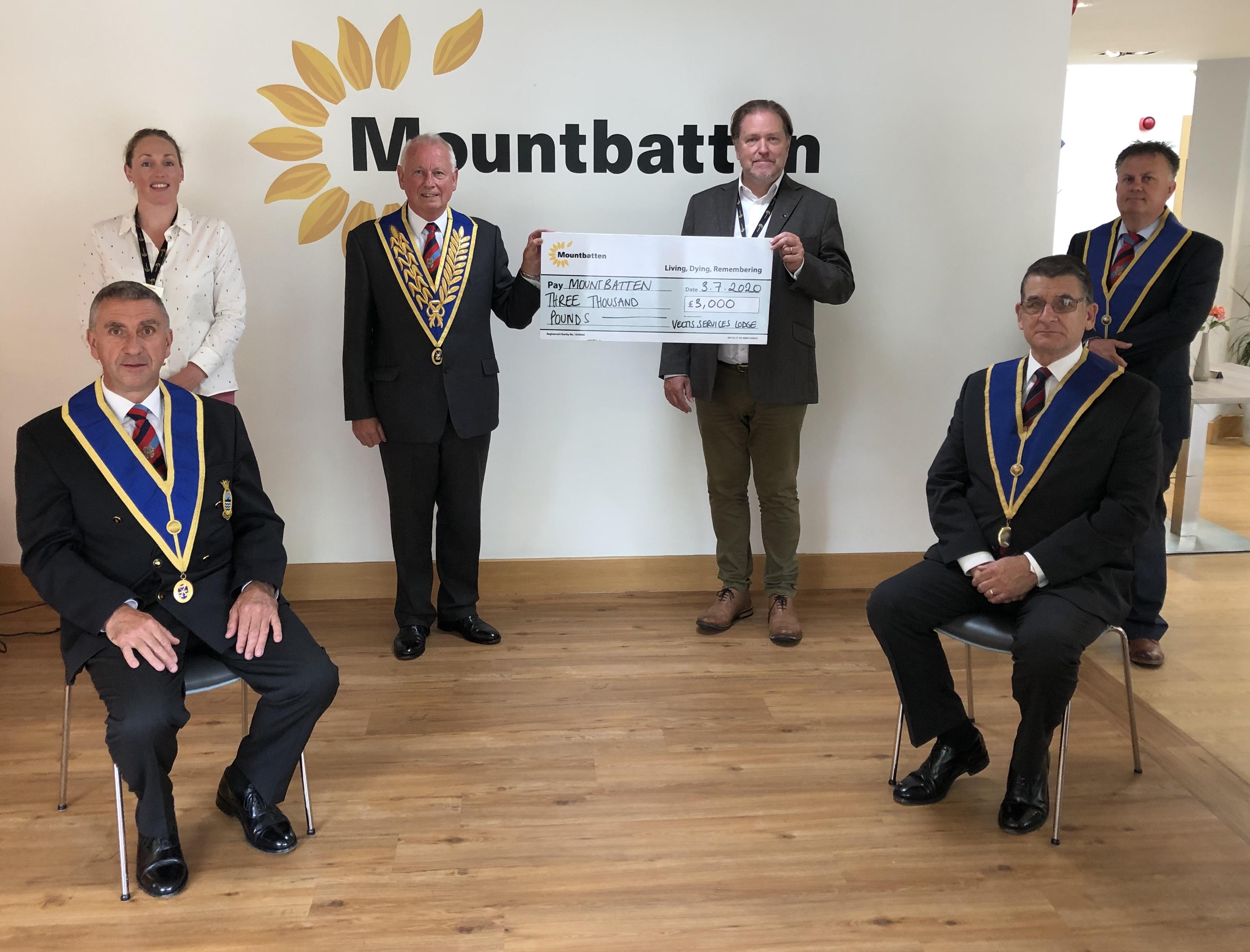 The Mountbatten Hospice on the Isle of Wight has received £3,000 from local Freemasons.

Members of Vectis Lodge, which meets in Ryde, sold distinctive lapel badges to raise the sum.

They were purchased by Freemasons on the island and across the Solent area.

Mountbatten is the only hospice on the island and Freemasons have been supporting it for many years.

The lapel badges showed the square and compasses symbol of the Freemasons over an outline of the island.

David Hilton MBE, from Vectis Lodge, said: “Freemasons are passionate about getting involved in charity fundraising that will make the difference for others less fortunate.

“The Mountbatten Hospice will be able to make use of these funds for their unbelievably valuable cause to support the extensive expertise and resources required around end of life care.

“The Mountbatten Hospice is a local charity which provides specialist hospice care and support to patients with life limiting illnesses.

“We are delighted to support this worthy cause.”

Nigel said he had been “overwhelmed by the generosity of Freemasons.”

Freemasons on the island have been exceedingly busy this year, fund raising for local charities, totalling in excess of £55,000.

There are around 9,000 Freemasons in Hampshire and Isle of Wight, and over 250 Lodges.  Although Freemasonry has been an open and transparent organisation for some time, there are still many misconceptions.  Essentially, Freemasonry is a society of men concerned with moral and spiritual values based on integrity, kindness, honesty and fairness.  It is one of the world’s oldest and largest non-religious, non-political, fraternal and charitable organisations.

Head of Hampshire and Isle of Wight Freemasons bows out
Coronavirus Information
Please Click Here
Why not visit our public site at https://hampshirefreemasonry.com
Latest news and updates can be found here