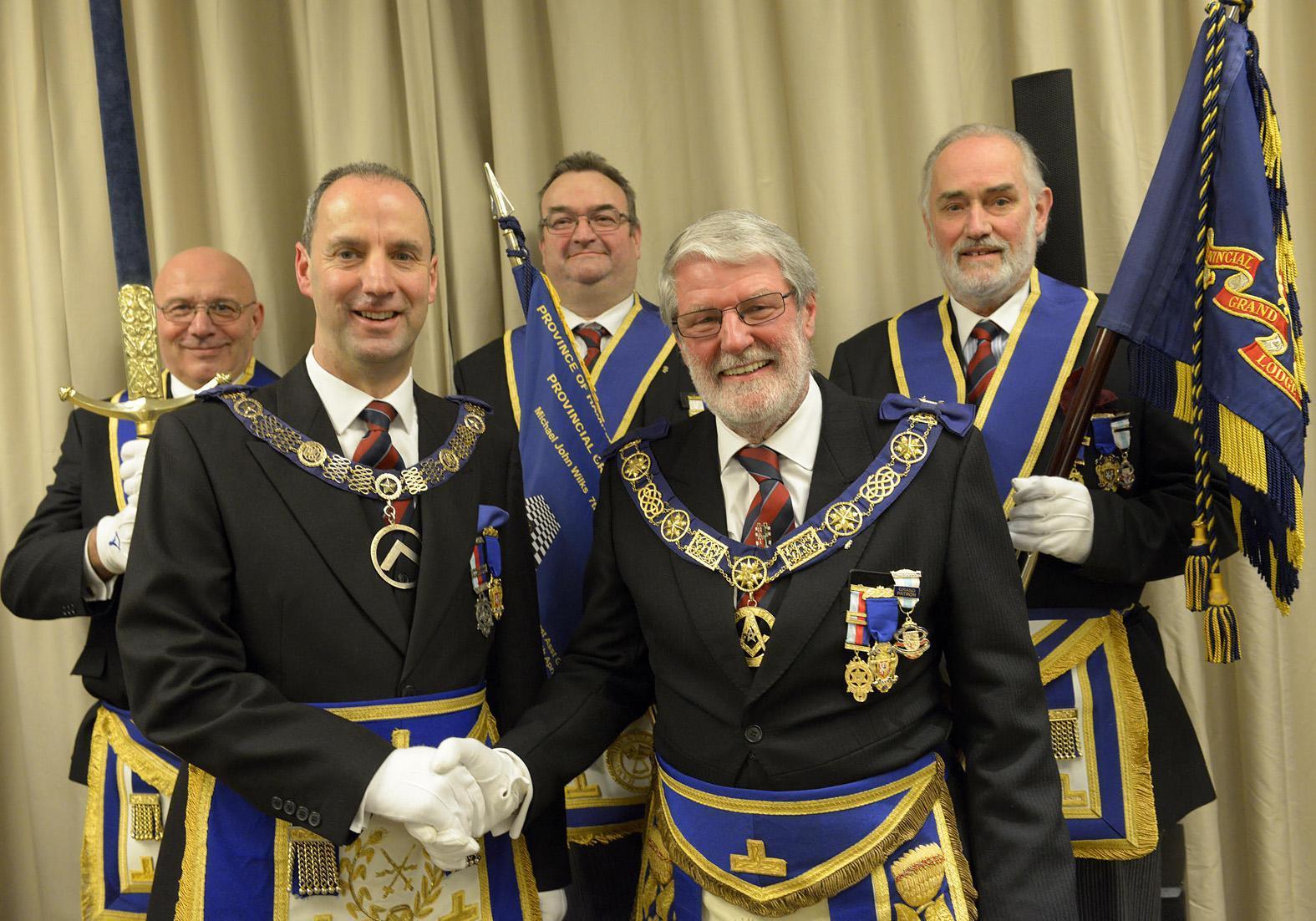 Mike Wilks (right) on the day he announced his retirement, with his successor Jon Whitaker
The Provincial Grand Master of the Freemasons in the Province of Hampshire and Isle of Wight has retired from the role after a decade of achievements.  Mike Wilks is succeeded by Jon Whitaker, a long-standing magistrate, senior St John Ambulance volunteer, Covid-19 NHS responder and a volunteer with ex-services charities. The HR consultant from Hamble near Southampton has pledged to build on the legacy of his predecessor. Under Mike Wilks’ tenure, the Province – which includes Bournemouth and Christchurch – became one of the most forward thinking in the country, leading many new initiatives. During one special fundraising effort in his time as Provincial Grand Master, Mike Wilks led his members in raising nearly £8m for a children’s charity.
This was on top of the existing charitable commitments by members and lodges. Another legacy is the number of special interest lodges that have been formed around the province in the last ten years.  These include football, rugby, sailing, aviation and motorsport lodges.

Mike said: “It has been an enormous privilege to serve as Provincial Grand Master and I’ve had wonderful support. We have seen our membership develop and have many younger new members. In handing over to Jon I know what great hands the province is in and I hope it’s not too long before our lodges are able to start meeting again following the coronavirus crisis.” 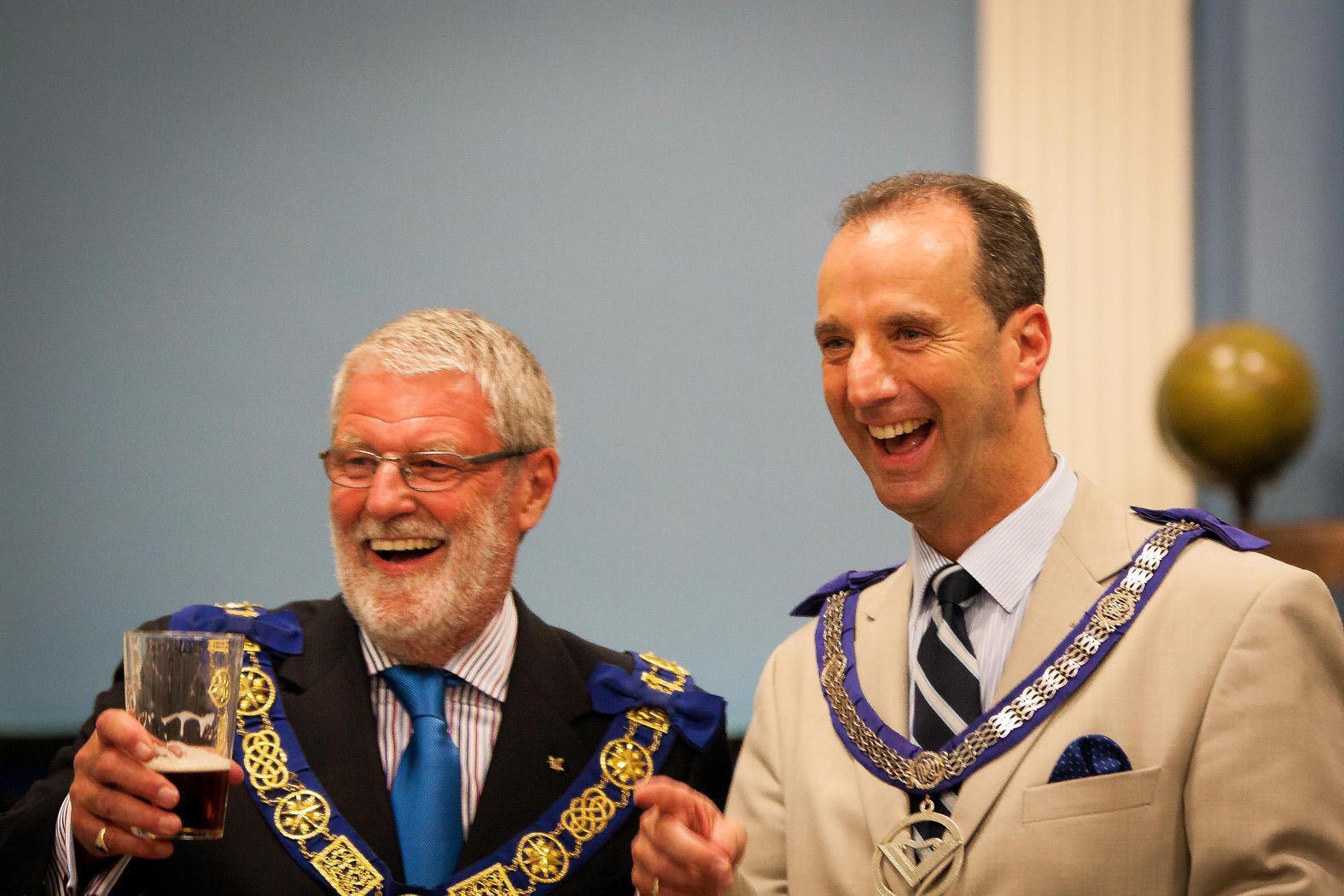 Mike (left) and Jon
Jon said: “Having been Mike’s deputy and working closely with him I know how he has transformed the province so it is now the largest in the country. I want to build on his legacy and continue to see Freemasonry flourish, especially across Hampshire and the Isle of Wight. But first I’ll be encouraging our members to continue do all they can in responding to the coronavirus crisis.

The Province of Hampshire came into being in 1767 when Thomas Dunckerley – the reputed natural son of George II – was appointed Provincial Grand Master. He was followed by Lord Charles Montagu and other notable occupants of the office include Sir William Champion de Crespigny Bt, MP, The Earl of Yarborough and Edward Harris, The Rt Hon The 5th Earl Malmesbury. The Isle of Wight became part of the province in 1869.

There are around 9,000 Freemasons in Hampshire and Isle of Wight, and over 250 Lodges. Although Freemasonry has been an open and transparent organisation for some time, there are still many misconceptions. Essentially, Freemasonry is a society of men concerned with moral and spiritual values based on integrity, kindness, honesty and fairness. It is one of the world’s oldest and largest non-religious, non-political, fraternal and charitable organisations.